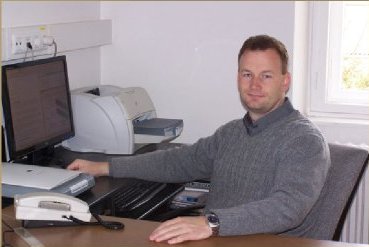 Zoltán ERDÉLYI is the head of the Department of Solid State Physics at the University of Debrecen (Hungary).

His research field has been focusing mainly on interface related phenomena in nano-materials, such as multilayers and thin films. His work includes theoretical, computer simulation and experimental activities. At the beginning of his carrier he worked on diffusion and surface segregation. Then he gradually turned towards reactive-diffusion, i.e. solid state reaction. Now, he still works on reactive-diffusion in materials of high industrial potential and not only in planar but curved (spherical and cylindrical) geometries. Meantime, an Atomic Layer Deposition (ALD) reactor has been installed in his laboratory and on the basis of this technique he is building up a new field which is expected to be even closer to applications.

Mykola PASICHNYY is an Associate Professor at Physics Department of Bohdan Khmelnytskyy National University at Cherkasy. 2001 – graduated from Cherkasy State University with the degree in physics. 2002-2005 – PhD student at the Bohdan Khmelnytskyy National University at Cherkasy, supervisor Prof. Andriy Gusak.
2006 – defense of PhD thesis in solid-state physics at the G. V. Kurdyumov Institute for Metal Physics of the Ukrainian Academy of Sciences in Kiev. The thesis was directed to the modeling of the initial stages of solid-state reactions.

His research field is focusing in the theory and modeling of new phase nucleation, growth and competition during reactive diffusion or decomposition, diffusion and diffusional phase transformations.

His research field is focusing on the simulation of diffusion and solid-state reactions on nano-scale. His work includes continuum modelling as well as (Stochastic) Kinetic Mean Field simulations. During his master studies he spent 14 month at Imec (Leuven, Belgium) working on the field of back-wall passivation of solar cells with Atomic Layer Deposited (ALD) aluminium-oxide.

Bence GAJDICS is a master student at Materials science. He is about to finish his studies at the University of Debrecen (Debrecen, Hungary).

The development of the SKMF model was a part of his diploma work.  He is expected to graduate in June, 2016. His diploma work supervisors are Zoltán ERDÉLYI and János J. TOMÁN.

Andriy GUSAK – Professor and Chair, Department of Physics at Cherkasy National University, Ukraine. Graduated from Moscow State University in 1976 with honours, specialized in theoretical physics. 1978-1982 – PhD student an the Institute of Metallurgy of Academy of Sciences of USSR (Moscow), supervisor prof.Cyrill Gurov. In 1983 – defended a PhD thesis in the Institute for Metal Physics, Ukrainian Academy of Sciences (Kiev). In 1992 defended second thesis and has got habilitation at Kharkov State (now National) University. Since 1994 – Full Professor. Since 1996 – Honoured worker of science and technology of Ukraine. 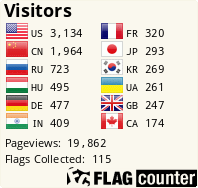